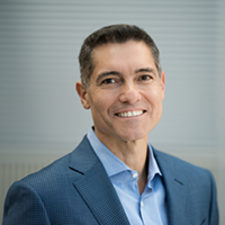 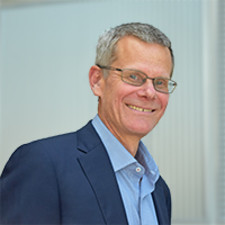 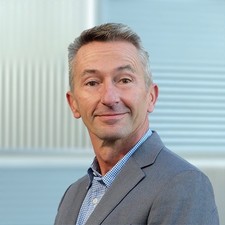 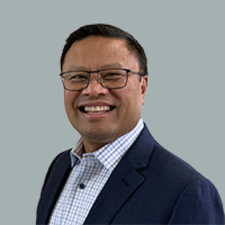 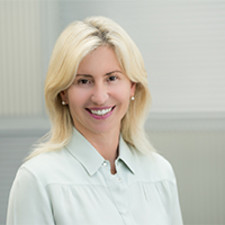 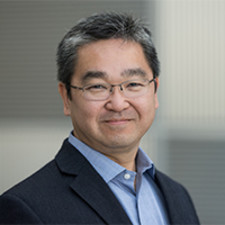 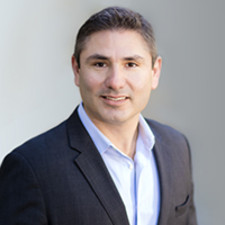 Dean Schorno was appointed as Executive Vice President and Chief Financial Officer (CFO) in May 2018. Mr. Schorno joined Rigel from 23andMe, Inc., the leading consumer genetics and research company, where he had been CFO since 2015. Before joining 23andMe, Mr. Schorno was CFO of Adaptive Biotechnologies (Seattle, WA) and Genomic Health (Redwood City, CA). During this time, he led financial operations through periods of significant business and commercial growth which included significant financing and commercial transaction activity. Mr. Schorno began his career in finance at an international accounting firm in San Francisco, CA before starting his own consultancy in 1991. A certified public accountant, Mr. Schorno is a graduate of the University of California, Berkeley (BS, Business Administration) and Golden Gate University (MS, Taxation).

Wolfgang Dummer, M.D., Ph.D. was appointed Executive Vice President (EVP) and Chief Medical Officer in November 2019. Dr. Dummer joined Rigel from Aridis where he held the role of EVP and Chief Medical Officer, responsible for leading all aspects of drug development in various stages in the field of antimicrobial immunotherapy. Prior to joining Aridis, Dr. Dummer served as Vice President of Clinical Development at BioMarin Pharmaceutical Inc., a biopharmaceutical company focused on developing and commercializing innovative therapies for people with serious and life-threatening rare disorders. During his time at BioMarin, Dr. Dummer led his team to build a deep rare disease pipeline with up to seven molecules in more than 20 clinical trials. Before his work at BioMarin, Dr. Dummer served for 11 years in capacities of increasing importance in Clinical Research and Development at Genentech, Inc. (now part of Roche). Dr. Dummer oversaw numerous programs at Genentech including Rituximab and Ocrelizumab. He has gained deep knowledge of immunology during a research fellowship at The Scripps Research Institute in La Jolla. Dr. Dummer authored and co-authored more than 40 clinical and scientific publications in peer reviewed journals. He is a board-certified clinical dermatologist and allergist/immunologist.

David Santos was appointed Executive Vice President and Chief Commercial Officer in August 2020. Mr. Santos joined Rigel from Jazz Pharmaceuticals, where he held the role of Hematology/Oncology Business Unit Head, responsible for leading US commercialization of the oncology portfolio. During his tenure at Jazz, he successfully grew the business unit through three launches to eventually have four promoted products in the leukemia, transplant and lung cancer markets. Prior to joining Jazz, Mr. Santos served as Vice President of Sales and Marketing for Medivation (now Pfizer), responsible for commercializing Xtandi® for metastatic prostate cancer, and Vice President, Kinase Inhibitor Franchise for Onyx (now Amgen), responsible for leading sales and marketing efforts with Nexavar® and Stivarga®. Before his work at Onyx, Mr. Santos served for nearly 9 years in roles of increasing responsibility at Genentech, Inc. (now a member of the Roche Group), where he launched and held key commercial leadership roles on several successful brands, including Avastin®, Herceptin® and Tarceva®. Mr. Santos also held marketing and sales roles at Lilly Oncology and Bristol-Myers Squibb, where he started his pharmaceutical sales career. He received his B.S. in Chemistry from St. Louis University.

Dolly Vance has been our Executive Vice President, Corporate Affairs and General Counsel since May 2010. Ms. Vance is also Rigel's Corporate Secretary, a title she has held since 2006. She was appointed Senior Vice President and General Counsel in 2007 and was appointed General Counsel and Vice President of Intellectual Property in January 2003. She joined Rigel in September 2000 as Rigel's first in-house counsel. From 1997 until September 2000, she was at the law firm of Flehr Hohbach Test Albritton & Herbert (now Dorsey & Whitney), where she was a partner. Prior to law school, she worked in various research laboratories, including the laboratory of Norman Davidson, at California Institute of Technology. She holds a bachelor's degree from University of California, San Diego and a J.D. degree from Boston University School of Law.

Esteban S. Masuda, Ph.D. was appointed Executive Vice President, Research in January 2020. Before being named to that position, Dr. Masuda held the title of Senior Vice President, Research since 2016. He joined Rigel in 1998, and he has worked on and led numerous drug discovery projects in inflammatory and allergic diseases. Dr. Masuda served as the project leader of the program that led to the discovery of TAVALISSE®(fostamatinib), Rigel’s oral SYK kinase inhibitor. His work has resulted in moving multiple product candidates into clinical development, establishing various corporate partnerships, producing over 50 publications, and issuing over 50 U.S. patents. Prior to joining Rigel, he carried out his postdoctoral work on cytokine biology and gene regulation at DNAX Research Institute of Molecular and Cellular Biology (now Merck) in Palo Alto, CA. Dr. Masuda received his B.S. in biochemistry from University of California, Riverside and his Ph.D. in molecular genetics from Hiroshima University, Japan.

Joseph Lasaga was appointed Executive Vice President, Corporate Development in January 2022. He rejoined us as Vice President of Business Development and Alliance Management in 2016 and was made Senior Vice President, Corporate Development in January 2020. Prior to rejoining Rigel, Mr. Lasaga was Vice President, Business Development and Alliance Management at Galena Biopharma, Inc., where he was responsible for managing corporate and business development strategy and activities. From 2010 until 2014, Mr. Lasaga was Director, and later named Senior Director, Business Development at Nektar Therapeutics, where he led licensing activities, managed key alliances and structured research collaborations. He began his career at Rigel in 1998, working in research before moving into business development, most recently as Associate Director. In that role, he served as the alliance manager for all of Rigel’s partners, was an integral member of the negotiating team for Rigel’s out-licensing of fostamatinib to AstraZeneca in early 2010, and managed all other aspects of business development. Mr. Lasaga graduated from San Jose State University with a B.S. in Molecular Biology and earned his M.B.A. in Marketing from San Francisco State University.