"Our NDA review is progressing smoothly," said Raul Rodriguez, president and chief executive officer of Rigel. "As we prepare for an FDA decision, we are simultaneously implementing our commercial plan for a potential launch of fostamatinib in ITP, as well as continuing our clinical studies of fostamatinib in other disorders."

Contract revenues from collaborations of $900,000 in the third quarter of 2017 were related to a payment received from a license agreement with a third party. Contract revenues from collaborations of $3.8 million in the third quarter of 2016 represent the remaining amortization of the $30.0 million upfront payment which was fully amortized in September 2016, pursuant to Rigel's collaboration and license agreement with Bristol-Myers Squibb.

Rigel reported total costs and expenses of $18.8 million in the third quarter of 2017, compared to $26.5 million for the same period in 2016. The decrease in costs and expenses was primarily due to the decreases in personnel costs as a result of the reduction in workforce in September 2016 and the completion of the pivotal Phase 3 clinical trials in ITP in 2016, partially offset by the increase in costs related to the preparation for the potential commercial launch of fostamatinib in ITP.

As of September 30, 2017, Rigel had cash, cash equivalents and short-term investments of $68.1 million, compared to $74.8 million as of December 31, 2016. In October 2017, Rigel completed an underwritten public offering in which it received proceeds of approximately $65.3 million, net of underwriting discounts and commissions and estimated offering expenses.  Rigel expects that its cash, cash equivalents and short-term investments will be sufficient to support its current and projected funding requirements, including the potential U.S. commercial launch, through at least the next 12 months. Rigel continues to evaluate ex-U.S. partnerships for fostamatinib and other partnering opportunities across its pipeline.

Corporate Update
Rigel continues to execute on its commercial readiness plan to support the potential commercial launch of fostamatinib in 2018. This includes the hiring of key personnel across several functions such as marketing, sales, market access, business operations and medical affairs.

Portfolio Update
TAVALISSE™ (fostamatinib disodium) in ITP
During the Mid-Cycle Communication teleconference, the FDA confirmed that it was not currently planning to hold an ODAC meeting to discuss the NDA for fostamatinib in patients with chronic or persistent ITP. The FDA indicated that the review of fostamatinib is proceeding according to the standard internal review timeline as described in the Guidance on Good Review Management Principles and Practices for Prescription Drug User Fee Act (PDUFA) Products.  Under the PDUFA, the action date for the FDA to complete its review will be April 17, 2018.

Update on Fostamatinib in Autoimmune Hemolytic Anemia (AIHA)
The Phase 2, open-label, multi-center, Simon two-stage study of fostamatinib for the treatment of warm AIHA recently completed enrollment of Stage 1. The study is evaluating the safety and efficacy of fostamatinib, at 150mg BID (twice daily), in patients with warm AIHA who have previously received at least one treatment for this disease, but did not have a meaningful benefit and are still anemic.

Stage 1 of the 12-week study enrolled 17 patients.  As of September 30, 2017, four patients responded during the 12-week evaluation period and an additional two patients met the response criteria in the extension study after 12 weeks of dosing, for a response rate of 35% (6/17) on fostamatinib (these data are preliminary and require further verification). A response was defined as achieving a hemoglobin level of greater than 10 g/dl and at least a 2 g/dl increase from baseline. The safety profile was consistent with the existing fostamatinib safety database.

Fostamatinib in IgA Nephropathy (IgAN)
Rigel has completed enrollment of the second cohort in its Phase 2 study of fostamatinib in IgAN. Similar to the first cohort, which reported results in January 2017, the study will evaluate the efficacy, safety, and tolerability of fostamatinib as measured by change in proteinuria, renal function, and histology (comparing the pre- and post-study renal biopsies). However, the second cohort evaluates a higher dose of fostamatinib, 150mg BID, while the first cohort evaluated 100mg BID. The primary efficacy endpoint is the mean change of proteinuria from baseline at 24 weeks.

Additional Product Development
During the second quarter of 2017, Rigel selected a molecule from its IRAK program for preclinical development. The molecule is differentiated in that it inhibits both the IRAK 1 and IRAK 4 signaling pathways, with potential to treat autoimmune and inflammatory diseases such as lupus, gout, psoriatic arthritis and multiple sclerosis. The company expects to initiate clinical trials in 2018.

About ITP
ITP affects approximately 65,000 adult primary patients in the US. In patients with ITP, the immune system attacks and destroys the body's own blood platelets, which play an active role in blood clotting and healing.  Common symptoms of ITP are excessive bruising, bleeding and fatigue.  People suffering with chronic ITP may live with increased risk of severe bleeding events that can result in serious medical complication, or even death.  Current therapies for ITP include steroids, blood platelet production boosters (TPOs) and splenectomy. However, not all patients are adequately treated with existing therapies and as a result, there remains a significant medical need for additional treatment options for patients with chronic ITP.

About AIHA
AIHA is a rare, serious blood disorder where the immune system produces antibodies that result in the destruction of the body's own red blood cells. AIHA affects approximately 40,000 adult patients in the US and can be a severe, debilitating anemia. To date, there are no FDA approved disease-targeted therapies for AIHA, despite the tremendous medical need that exists for these patients as disease relapse is common. Instead, physicians generally treat acute and chronic cases of the disorder with corticosteroids, IV immunoglobulin infusion, other immuno-suppressants, or splenectomy (surgical removal of the spleen).

About IgAN
IgAN (also known as Berger's disease) is a chronic autoimmune disease associated with inflammation in the kidneys that diminishes their ability to filter blood. It is the most common primary glomerular disease affecting an estimated 82,500 to 165,000 cases in the US, with a higher prevalence in Asia. For as many as 25 percent of those living with IgAN, the disease results in end-stage renal failure requiring dialysis or kidney transplantation. Other than angiotensin blockade (primarily for blood-pressure control), there are no disease-targeted therapies for IgAN.

Participants can access the live conference call by dialing 855-892-1489 (domestic) or 720-634-2939 (international) and using the Conference ID number 4894258. The conference call will also be webcast live and can be accessed from Rigel's website at www.rigel.com. The webcast will be archived and available for replay after the call via the Rigel website.

About Rigel (www.rigel.com)
Rigel Pharmaceuticals, Inc. is a biotechnology company dedicated to discovering, developing and providing novel small molecule drugs that significantly improve the lives of patients with immune and hematological disorders, cancer and rare diseases. Rigel's pioneering research focuses on signaling pathways that are critical to disease mechanisms. The company's current clinical programs include clinical trials of fostamatinib, an oral spleen tyrosine kinase (SYK) inhibitor, in a number of indications. Rigel has submitted, and the FDA has accepted for review, an NDA for fostamatinib in patients with chronic or persistent immune thrombocytopenia (ITP). In addition, Rigel has product candidates in development with partners BerGenBio AS, Daiichi Sankyo and Aclaris Therapeutics.

Forward Looking Statements
This release contains forward-looking statements relating to, among other things, the timing of enrollment and results of on-going clinical trials; the results of the FDA's review of Rigel's NDA for fostamatinib in patients with chronic and persistent ITP; and the sufficiency of Rigel's cash, cash equivalents and short-term investments to support its funding requirements through at least the next 12 months.  Any statements contained in this press release that are not statements of historical fact may be deemed to be forward-looking statements. Words such as "planned," "will," "may," "expect," and similar expressions are intended to identify these forward-looking statements. These forward-looking statements are based on Rigel's current expectations and inherently involve significant risks and uncertainties. Actual results and the timing of events could differ materially from those anticipated in such forward looking statements as a result of these risks and uncertainties, which include, without limitation, the FDA may interpret Rigel's findings differently, which could result in the FDA not approving the NDA; the availability of resources to develop Rigel's product candidates; Rigel's need for additional capital in the future to sufficiently fund Rigel's operations and research; market competition; risks related to changes in estimated cash position based on the completion of financial closing procedures and the audit of Rigel's financial statements; as well as other risks detailed from time to time in Rigel's reports filed with the Securities and Exchange Commission, including its Quarterly Report on Form 10-Q for the period ended June 30, 2017. Rigel does not undertake any obligation to update forward-looking statements and expressly disclaims any obligation or undertaking to release publicly any updates or revisions to any forward-looking statements contained herein. 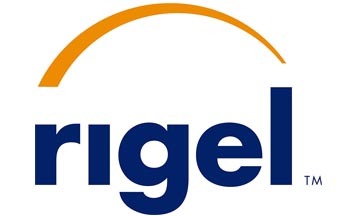